4 Ways to Keep Yourself From Falling for Fake News

During the 2016 presidential election campaign, the issue of fake news exploded into the public eye. One college student even bragged about earning thousands of dollars by posting fake news. Internet users are now more cynical than ever about what they read. Here are four ways to keep yourself from falling for fake news. 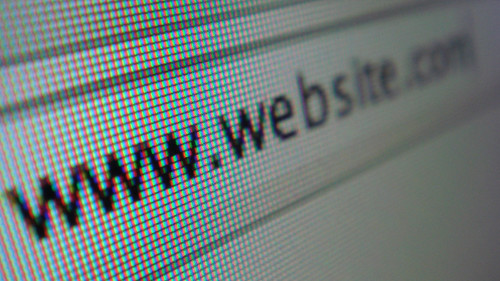 A URL is a web address behind a hyperlink. You may not know this, but you can view the URL of a hyperlink’s destination by placing your mouse over the hyperlink. In the process, you’ll learn the intended destination.

As an internet user, you’re aware of which websites have reliable information. You can tell when you look at an URL whether it will redirect your browser to a site with a track record of honesty. When you intentionally visit a site lacking integrity, you’re adding to the problem of fake news rather than discouraging it. These sites rely on your traffic to boost their income. If you stay vigilant in only visiting trustworthy sites, you’ll hit fake news sites in the pocketbook.

By now, most internet users know what clickbait looks like. Websites use this strategy to persuade otherwise disinterested parties into visiting their site. It’s a loathsome practice, but it works. Headlines that are either extremely positive or virulently negative attract more attention than drab titles. People want a bit of extremism in their lives.

When you’re reading a potentially fake news story, study the wording of the headline. If you feel manipulated to click through to the site, the article is less about quality journalism and more about increasing web traffic. That’s a sign that the publisher is less interested in facts, a reason for you to read the information warily. If the first paragraph of the article doesn’t match the header, you’re reading click bait and should question its authenticity.

The website Snopes.com is one of the treasures of the internet. It is on a continued quest for truth in the face of constant misinformation. Whenever you read a story that sounds questionable, take the time to check Snopes to see if it has researched the matter. The company updates their Facts section several times a day in an attempt to stay current with the news of the now. By checking Snopes first, you’re most likely to unearth the truth behind a story.

Other sites are also taking a stand against the problem. Facebook is the most noteworthy one fighting against fake news. It has changed its Trending section to combat the problem. However, you should still be cautious when you’re getting your news from the social media giant.

Occasionally, you will visit a website before you realize it’s in the business of fake news. One of the ways to tell if it’s dishonest is by counting the number of ads on the site. Since fake news sites are all about advertising income, they’ll load their pages with as many banners as possible. That way, they’re earning as much ad revenue as possible for each visit.

Spotting fake news gets harder each year. You must remain vigilant to prevent it. Follow the tips above to make certain that you never take part in the spread of fake news.

Did you like this? Share it:
Tweet
Posted by Abigail Clark+ on February 15, 2017. Filed under Advice,COMMENTARY/OPINION,News,Technology. You can follow any responses to this entry through the RSS 2.0. You can leave a response or trackback to this entry
Back to Main Page